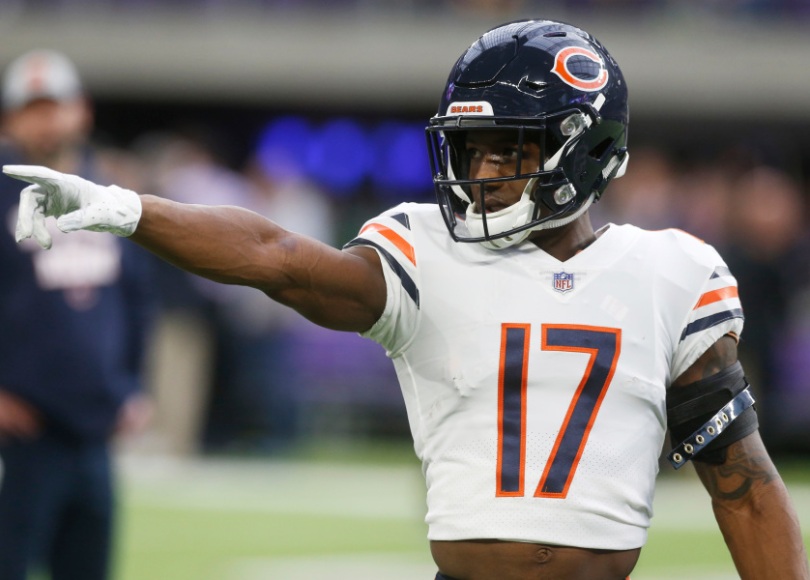 Here we go: the 2019 NFL playoffs finale. Congratulations to all of you that are playing for first place this week. Your starters have taken you this far, so it’s probably best that you trust them to get the job done one last time. However, that one diamond in the mud could be the difference between lifting that first place trophy or settling for second best. This week, you’ll find a lot of medium-to-high risk players that could go off and be the difference-maker.

We saw another group of key contributors succumb to injuries last week, leaving big decisions to be made. Dalvin Cook, second in running back scoring on the year, is likely to sit out. Chris Godwin, second in wide receiver scoring on the year, is ruled out too. Joe Mixon was also a surprise addition to the Bengals injury report, putting a great match-up at risk. Add those guys to the many that fell in Week 14 and you’re likely going to need a makeshift starter in at least one position.

Week 16 also presents the annual Saturday games, with three match-ups that have plenty at stake. The AFC South leaders, Houston, take on the league leader in passing yards (4,573), Jameis Winston. We then get a divisional showdown between the Patriots and the Bills that is set to be a defensive slugfest. Finally, Saturday night closes out with the Rams and 49ers, with playoff implications on the line for both. Things continue on Sunday, with 12 games taking place. We then finish off with a tasty NFC North showdown between the Packers and the Vikings, which could well decide the fate of many a fantasy team.

A great reason to start Fitzmagic this year is that he’s playing with zero worries. He knows that his time is numbered and he’s doing whatever the hell he feels like doing. Over the last four weeks, he ranks seventh in quarterback scoring (84.6 points). He’s up against a Bengals defense that given up five rushing touchdowns to opposing quarterbacks.

Expect Rivers to bounce back this week after a dismal display against the Vikings last week (1 TD, 3 INT). He’s been the definition of inconsistent this year, which makes him a little hard to trust. However, he’s up against a Raiders defense that ranks 31st against opposing quarterbacks and with little to lose, he could surprise this week with a strong fantasy outing.

The 49ers defense has been shaky of late, giving up 12 touchdowns over the last six weeks. However, they still rank first in passing yards allowed (154.4). With a first-round bye at stake and Richard Sherman potentially returning, don’t be surprised if they fix things. Goff had a stinker against the Cowboys last week and has a lingering injury to his throwing hand that could cause issues if he is pressured. He’s too high-risk to start.

Congratulations on breaking the career passing touchdown record, Drew (541). Fantasy owners should be cautious that he follows up the incredible, emotion-filled night with an underwhelming performance. The Titans may use the ground game to churn as much clock as possible in this one.

Boone is owned in just 17.4% of NFL.com leagues. Yes, he’s high-risk, high-reward but he’s coming off a stellar performance for the Vikings, with two rushing touchdowns and 17.6 points. He also took first-team reps this week, which is encouraging, as Dalvin Cook and Alexander Mattison are major injury doubts. If he starts, he could be the difference-maker that you are looking for.

With Josh Jacobs ruled out, Washington is expected to be the lead back for the Oakland Raiders this week. When given the start a fortnight ago, he had six catches and put up 21.6 points. He gets a positive match-up against a Chargers team that has nothing to play for except pride.

An 89-yard rushing performance against the one-win Bengals is not enough to warrant a start from Sony Michel this week. That performance was the third-best among Patriot’s backs and a timeshare makes him untrustworthy. The Patriots offense is clearly lacking an identity and they face a tough trial in Buffalo this week.

There is no doubt that Hyde has been a reliable back this season, ranking 10th in yards (1,030) and scoring five touchdowns. The problem this week is that he’s going up a Buccaneers team that is closing out the season in style. Jameis Winston is making history, with 450+ passing yards in consecutive games. The Texans may need to air it out to keep pace as he looks to break more records. Oh, and the Bucs rank first in run defense.

Speaking of the Bucs, they have a new number one receiver this week. Since Mike Evans and Chris Godwin are both ruled out, Perriman will be taking centre stage. He’ll be looking to build on his career day last week (113 yards, 3 TDs) when the Buccaneers take on a Texans defense that ranks 18th against opposing wide receivers. Yes, he’ll see more coverage but that shouldn’t discourage you as he should see significant targets.

Miller is coming off his best performance of the season (118 yards, 1 TD) and is only owned in 21.8% of NFL.com leagues. He’s also found the end zone in two consecutive games and saw 15 targets last week. With Taylor Gabriel set to miss more time, that share should continue.

Anderson has had a late-season resurgence, ranking 11th in wide-receiver scoring over the last four weeks (73.4 points). He’s topped 65 receiving yards in all of those games. However, he’s suffered from illness throughout the week, which could affect his performance on Sunday. He plays against a Steelers defense that is ranked 10th against opposing wide receivers and is still in contention for a playoff spot.

Stephon Gilmore and the shutdown Patriots defense awaits John Brown this week. That defense has given up just two touchdowns to perimeter receivers all season and things are unlikely to change this week. Brown should be avoided unless you absolutely have to start him.

Hollister hasn’t found the end zone since a Week 10 match-up against the 49ers. He gets a perfect opportunity to amend a recent slump when the Seahawks take on a Cardinals defense that ranks dead last in yards, touchdowns and fantasy points to tight ends. That same defense gave up 15.9 points to Ricky Seals-Jones last week so starting Hollister is a no-brainer.

The 49ers have struggled to contain tight ends recently. In their previous three games, they have seen Mark Andrews (50 yards, 1 TD), Jared Cook (64 yards, 2 TDs) and Austin Hooper (52 yards) all put up strong performances. With Higbee getting 33 targets in his last three games, expect Goff to target his tight end regularly once again.

After scoring touchdowns in three of four games, Doyle hasn’t topped 30 yards for two consecutive outings. There is also uncertainty over the recent performances of Jacoby Brissett. Doyle faces a Panthers defense that ranks second versus opposing tight ends and should, therefore, be avoided where possible.

Witten has found the end zone in two of his last three games. His problem is that he is extremely touchdown dependent and he has not topped 60 receiving yards all season. That’s not good news considering that the Eagles have given up only four touchdowns to opposing tight ends all season. In the reverse fixture, Witten was held to just 33 receiving yards.