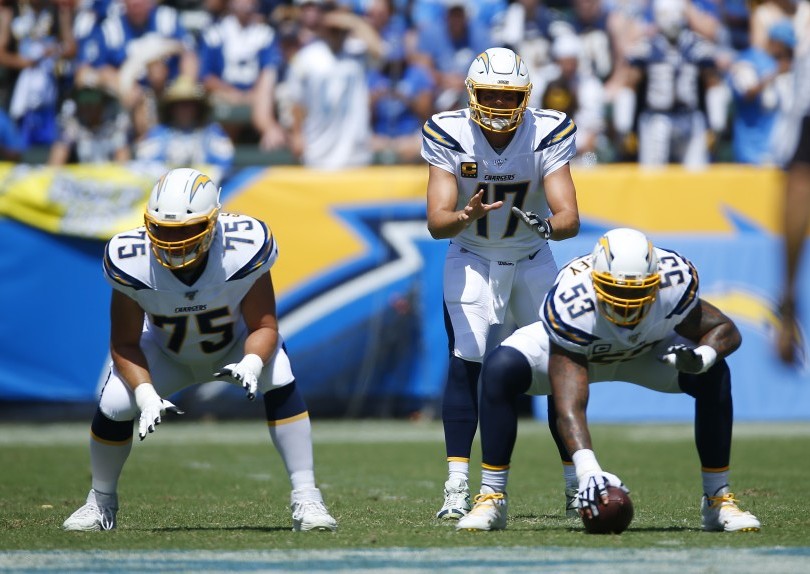 The Los Angeles Chargers head into this weekend on the back of a deflating defeat at home to divisional rivals the Denver Broncos and now have a losing record of 2-3. This week’s opponents, the Pittsburgh Steelers, find themselves in a similar position to the Bolts, with both teams sitting third in their respective divisions and two games behind the division leaders.

The Steelers only have one win this season and are struggling to move forward after losing multiple key players to injury and free agency, particularly losing future Hall-of-Fame quarterback Ben Roethlisberger to a season-ending injury in Week 1.

Despite this, Pittsburgh have managed to put together back-to-back impressive performances, first blowing away the Cincinnati Bengals at home for their only victory of the season and then narrowly losing by three points last week in overtime to the Baltimore Ravens. The key offensive players for the Steelers are running back James Connor and wide receiver JuJu Smith-Schuster, who have both recorded a touchdown in two of their last three games.

Head Coach Anthony Lynn must get his Chargers team to forget all about last week’s disappointing loss and QB Philip Rivers will need to ensure that his offense take better care of the ball, particularly in the red zone where they committed multiple turnovers. Turnovers are going to be key to this game, which will see two closely matched sides go to battle: the Steelers have a positive turnover record of +5 while the Chargers have a poor record of -2.

The key offensive player this week for the Chargers will be red-hot WR Keenan Allen, who heads into this game ranked sixth in the NFL in terms of receiving yards with 470 total yards. Allen is likely to be targeted the most on Sunday, especially in the red zone, as he has proved to have the safest pair of hands on the Chargers offense so far this season.

On the defensive side of the ball, it will be key that defensive end Joey Bosa puts plenty of pressure on back-up Pittsburgh quarterback Mason Rudolph. Bosa recorded two tackles for loss last week and has six sacks in his last six home games.

The Chargers still have a long injury list with 10 players missing practice this week, including key defensive players Melvin Inrgam, Casey Hayward and Denzel Perryman. Bolts kicker Michael Badgley is also still not participating in practice, so punter Ty Long could well be taking up the kicking duties for a sixth straight week.

The Chargers have proved to be very inconsistent in 2019 and are struggling to cope with the mounting injuries on defense. Therefore, I believe that the Steelers will come into this game with more confidence and get the victory.