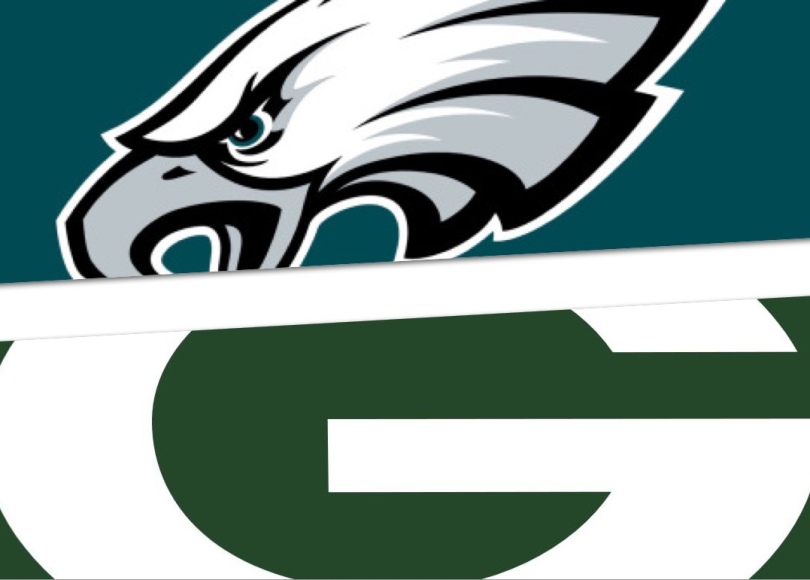 For the first time this season we have a Thursday Night Football game that may persuade me to stay up and brave the exhaustion in work tomorrow. Carson Wentz takes the remnants of his crippled Philadelphia Eagles roster to Lambeau Field to take on an Aaron Rodgers that may be out to prove a point

Wentz to wow in Wisconsin

The Eagles have the sixth highest-scoring offense in the NFL since the beginning of the 2017 season. In that time Carson Wentz ranks second among Quarterbacks in passing Touchdowns per game (2.2) and has the third-highest passing TD percentage, throwing one on roughly 6% of his passes. He also holds the sixth-best QB rating (100.7) among starters since 2017. One of the strengths of the offense so far has been the 3rd-down efficiency, ranking second in the league on 3rd down conversion % (56.3%).

Wentz has been better than his stats would suggest this season; according to Pro Football Focus (PFF) he’s had four big-time throws fall incomplete (passes that were perfectly thrown but dropped) no other QB has had more than two. Unfortunately for Wentz this Eagles Offense has been decimated in the last couple of weeks with both of his starting Wide Receivers and the Tight End Dallas Goedert picking up injuries among others. There’s been talk of regression along the Offensive Line and while there has been one or two occasions they’ve let Wentz down, a lot of the pressure is a result of his receivers not getting open. DeSean Jackson and Alshon Jeffrey have been missed.

The good news for the Eagles is they have Jeffrey and Goedert back (the latter played only nine snaps on Sunday but was only targeted once, clearly lacking fitness). The importance of a healthy Goedert cannot be understated: in 2018 the Eagles had the second highest frequency out of 12 personnel (1 running back, 2 Tight Ends) in the league last year at around 36%. Without Goedert healthy the last two weeks they have used 12 personnel on 18 of 141 snaps, they found most of their rushing success last year out of those 12 personnel formations. Getting the running game going would open up the play action game for Wentz – according to PFF in three games so far Wentz’s completion % increases by 22.9% when he’s running play action compared to throwing off normal drop backs. Against a Green Bay defense that is struggling to stop the run (25th in the league against the run) establishing the run would open up a lot more options for Wentz in the pass game.

Defense letting the Eagles down

The Eagles currently own the 29th ranked pass defense in the NFL through three games. This is a defense that likes to bring the pressure up front and plays a lot of off coverage on the back end. The lack of coverage from the secondary seems to really be affecting the ability of the defensive line to get to the opposing QB as they have only notched two sacks so far with QBs able to just unload the ball to open receivers after two seconds. Against Detroit last week Fletcher Cox didn’t register a single stat in the box-score for only the third game in his career. The loss of Malik Jackson and Tim Jernigan to injury has been a killer to the defensive line, teams are able to double team and chip Cox.

Green Bay offense off to a slow start

I was intrigued to see what this offence would look like under Matt LaFleur who comes from the Shanahan coaching tree having also coached with Sean McVay and even Gary Kubiak, its fair to say things have got off to a rather mixed start. The Packers rank 28th in total offense through three weeks – 24th ranked rushing and 27th ranked passing – averaging 19.3 point per game (23rd in the league) and 286.7 yards per game (28th). They have particularly struggled on 3rd down, ranking 30th in the league in 3rd down conversion rate (25%). They have converted just 2 of 20 3rd downs of 6 yards or more whilst ranking 31st in the league in three-and-outs per drive) This is an offense that has had the third most drives in the league (38) yet ranks 25th in total plays.

There seems to be some confusion between Rodgers and LaFleur after they are off script after around 20 plays or so. Rodgers is 16 of 24 for 248 yards, 3 TDs, 0 INTs and has 3 plays of 25+ yards in the first quarter this season with a QB rating of 140.3. In the second quarter his yards per attempt drops from 10.33 to 5.66 with a QB rating of 90.8 and it drops even further in the third quarter

This Packers defense ranks first in the NFL for turnovers with 8. They also rank second in points per game allowed – their 35 points allowed is the fewest they’ve allowed as a franchise since 2001. The defense is only ranked 13th in total defense however, 5th against the pass and 25th against the run, so it’s obvious where the Eagles are going to try exploit this unit. The addition of Preston and Za’Darius Smith has transformed the pass rush – Packers have 12 sacks through 3 games – whilst the young secondary containing Jaire Alexander, Kevin King, Darnell Savage and Adrian Amos really get after the ball and can shut down WR1s

So what’s the betting?

I actually quite like the Eagles to cover the +4 spread here, I can just see this one being tightly contested throughout and with the struggles on 3rd down for the Packers and the ability of the Eagles to completely shut down the run game I think the Eagles will be able to stay competitive here. There’s no doubt Rodgers will score on this secondary, I just dont see them being able to kill the game off if they do get ahead. These Thursday night games tend to throw out the odd surprise. I’m also factoring in Matt LaFleur being a rookie head coach on his first short week with issues to fix.

This next one is a very speculative punt – the Eagles have trailed by at least 4 points in each of their first 3 games at halftime and have been outscored 50-23 at HT, they have bounced back to outscore opponents 53-28 in the second half so I thought the Packers/Eagles double result was worth a speculative pop at 15/2 (Bet365)

There isn’t much in the way of props that have really jumped out at me, I couldn’t put anyone off having a go at any Davante Adams props, he’s been up against some tough CBs the first 3 weeks so he may let loose here. Considering the Packers struggles in the run game I’ve had a go on Miles Sanders over 59.5 total yards (rush & receiving) it looks like he’s the guy they want to get the ball too, would just be hoping those fumbles last week don’t cost him any touches.