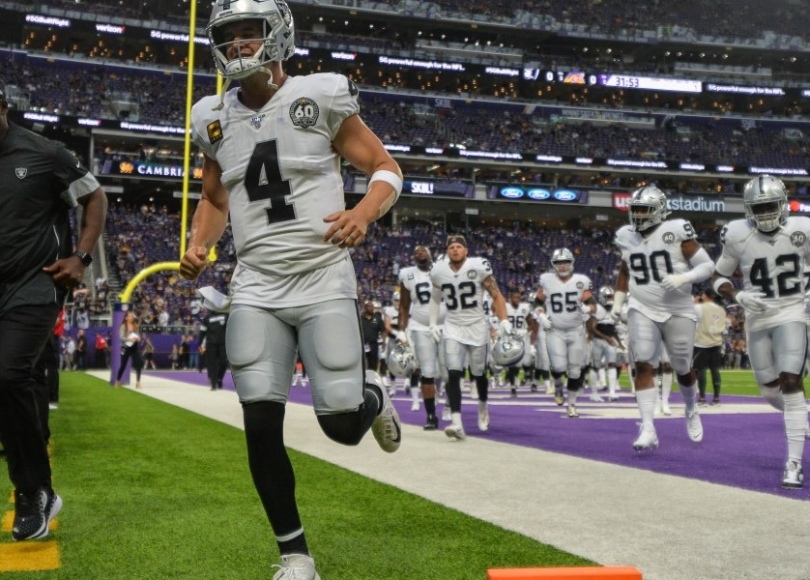 Back in 2013 was the last both the Raiders and Colts faced each other in the state of Indiana where the Colts won a close contest 21-17. Since then plenty of changes have happened to both teams most shockingly was the retirement of Colts Quarterback Andrew Luck in the preseason.

The Colts are coming into this game rather banged up to some very key personnel on their starting roster. Wide receiver TY Hilton has not practised all week with a quad injury. Linebacker Darius Leonard is in the concussion protocol and Safety Malik Hooker is out with a knee injury. These are key loses for the Colts on both offense and defense.

The Raiders are coming into the game with problems at Wide receiver Ryan Grant was cut yesterday added with the release of Antonio Brown before the season opener. This has certainly derailed the Raiders offense which has left Coach Jon Gruden frustrated.

In last weeks blow out loss to the Vikings the Raiders played poorly in all three phases of the game. Offense never sustained long enough drives to trouble the Vikings defense. The Raiders defense gave up far to many explosive plays to the Vikings offense. To cap off a miserable Kicker Daniel Carlson saw his 50-yard kick come back off the right post. Tight End Darren Waller did have a break out day completed 13-14 catches and logged 134 yards receiving.

Keys to the game

Start fast put points on the board like they did in week one against Denver.

Involve Running Back Josh Jacobs and Tight End Darren Waller early in the passing game both are explosive weapons.

Defense has win the battle in the trenches and not be bullied by the Colts Offensive Line.

Give Running Back Marlon Mack plenty of touches the Raiders Run defense was torched last week by the Vikings.

This game will be won in the trenches so Colts Offensive Line has to continue to dominate.