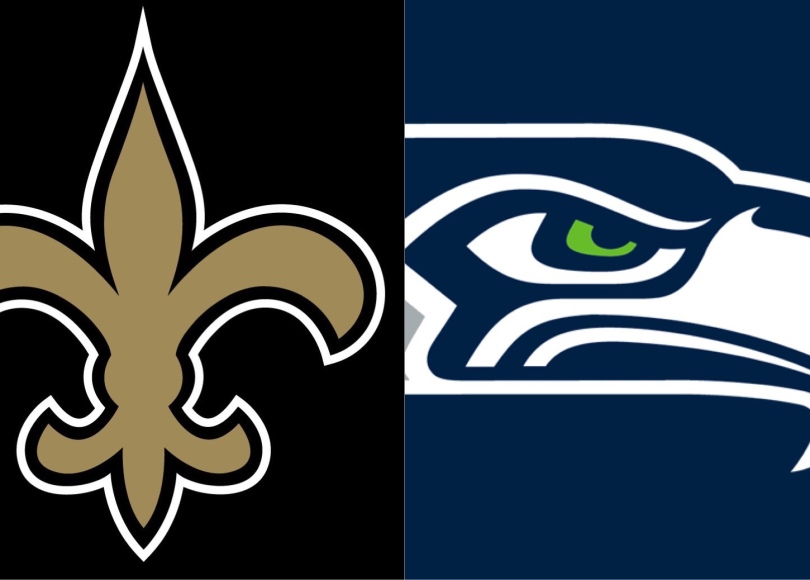 When Jim Nantz and Tony Romo rock up in the commentary box to a home game, you know it’s kind of a big deal. The pair are undoubtedly the best CBS duo in the booth and some would argue they hands-down beat nearest rivals Joe Buck & Troy Aikman of Fox, and NBC’s Al Michaels and Cris Collingsworth. CenturyLink Field fans though, really don’t need the boost, especially with the New Orleans Saints coming to Seattle, and Seahawks fans will remember this match up from 2010, when a Beast Quake sent tremors across the NFL land and local seismometers.

The headline coming into the week 3 matchup is the absence of QB Drew Brees for the 1-1 Saints, out for around six weeks with a torn muscle in his thumb, after being hit by Aaron Donald of the Los Angeles Rams in week Two. However, under the radar, is a Seattle team brimming with confidence following a close encounter at the Steelers and who also currently sitting joint-top of the NFC West at 2-0. Russell Wilson played so well in the game that he walked away with the NFL’s Offensive Player of the Week title, notching up the title for the eighth time in his career.

Seattle are looking to welcome back Poona Ford this week, after the second-year fan favourite run stopper missed the Pittsburgh game, along with hoping defensive end Ziggy Ansah and wide receiver David Moore can make their season debuts on Sunday.

Safety Tedric Thompson, cornerback Neiko Thorpe, and guard Ethan Pocic are all doubtful for the visit of New Orleans. As well as Brees, the loss of Alex Anzalone to the Saints linebacking core could see a bigger role for Kiko Alonso, acquired by the Saints as part of the Miami Dolphins firesale.

Seahawks have a few interesting storylines developing; Chris Carson is under pressure following three fumbles in two weeks, and Rashaad Penny is waiting for the extra workload. Rookie first-round pick L.J Collier struggled against the Steelers and despite missing preseason due to injury, the pressure to perform in front of the 12’s will no doubt be there.

In addition, with the trade rumors of a Jalen Ramsey acquisition doing the rounds, corners Shaquill Griffin and Tre Flowers will want to show Coach Pete Carroll and General Manager John Schneider that they don’t need to go out and spend top draft capital on the shutdown corner from Jacksonville.

It’s fair to say that Ifedi has regressed to the mean this season after an improved 2018, and now GM John Schneider looks justified in not offering the fourth year right tackle the fifth-year option on his contract.

Up against Ifedi this week is four-time Pro Bowler Cam Jordan. One of the top five defensive ends in the NFL, Jordan is also a two-time All-Pro so Ifedi will need to be on guard in not only run and pass blocking, but also false starts and holding penalties, after racking up several last weeks and Russell Wilson taking four sacks.

27-year-old Teddy Bridgewater and 29-year-old Taysom Hill will most certainly share snaps at QB during this game, with Teddy being the more orthodox signal-caller, and Taysom being a new age Swiss army knife.

In the corresponding game in 2017, Seahawks had Tanner McEvoy doing the same, walking away with a huge 43-yard pass to CJ Prosise, pushed out of bounds just shy of the TD.

Up against Hill and Bridgewater stand Clowney and Ansah as bookends to a much-improved D-Line. Clowney has been double-teamed the last two weeks but with Ziggy Ansah likely out there on obvious passing downs, the Saints will need to scheme well to stop the QB’s falling behind the line of scrimmage.

It’s fair to say 2017 All-Pro Lattimore hasn’t played to that level so far in 2019, and on Sunday will likely have to face Tyler Lockett initially but with Seahawks preferring Lockett out of the slot, there’s a real chance Brian Schottenheimer will try him out with DK Metcalf. Metcalf stands in illustrious company, joining Randy Moss, DeAndre Hopkins, and Amari Cooper as the only people 21 or under ever to have totaled at least 150 yards and snagged a TD through the opening two games in a rookie season.

Another showing on Sunday and this will only enhance his ratings.

The Seahawks open up as four and a half point favorites at home, but with Wilson and co only having a points differential of three this season, some would say it’s likely to be closer.

Rain will be scheduled for the early afternoon of the 1.05 pm PDT kick-off, but the wind looks only to be light with temperatures of around 16C, so all quarterbacks could be affected.

Look out for the Alvin Kamara running game, although Bobby Wagner will look to stop it before it gets going. The real battle could be the impressive special team’s units of Michael Dickson, Jason Myers, Wil Lutz, and Thomas Morstead, in a close game, with field position unlocking a tight game.